Learning About Fabry Disease Is Like Learning a Foreign Language

In 2003, when I attended the U.S. Food and Drug Administration (FDA) meeting that would determine whether to approve Fabrazyme (agalsidase beta), which became the first approved treatment developed specifically for Fabry disease in the U.S., I was given an opportunity to make comments to the decision-making panel. Having held various leadership positions in the Army, I was comfortable speaking to large groups of people, especially when speaking about my profession in a language I understood.

At the FDA meeting, all the participants spoke English. They were also all fluent in the language of medicine, which I was not. I felt like a traveler in a foreign country who learns to say hello, goodbye, please, thank you, where’s the bathroom, and a few other useful phrases to get by while visiting.

From 1979, when I learned I had Fabry disease, until 2002, when I began learning more about it, I was the proverbial ostrich with my head in the sand. Before learning about the possibility of a new treatment in 2002, there wasn’t anything I could do. There was no remedy for the damage being caused to my body beyond managing other risk factors. I didn’t attempt to become knowledgeable about my disease even though I had many health issues.

At the FDA meeting, I listened to the panel members who would make this important decision. They expressed their concerns that the investigational treatment did not completely clear the offending lipids (primarily globotriaosylceramide, abbreviated GL3 or Gb3) that accumulate throughout our bodies, wreaking havoc on our health. The clinical trial evidence indicated complete clearance could be achieved in some cell types, but only partial clearance in other cells.

When it was my turn to speak, I said my family had already lost three family members at relatively young ages due to Fabry disease. Next, I talked about the many Fabry disease symptoms that adversely affected my quality of life. Earlier, there was a discussion about whether partial GL3 clearance was adequate in some cells or if complete GL3 clearance was essential everywhere.

I commented that people with Fabry disease are experiencing a cascade of debilitating symptoms and dying prematurely. We didn’t have time for a debate about whether this potential treatment was perfect or not.

I continued, saying that I and many others would undoubtedly be grateful for partial clearance of the accumulated lipids that were damaging our bodies while researchers continued to search for the perfect solution. My bucket list still included several long-term goals. By approving this medication, I might live long enough to fulfill them.

I will always remember feeling awkward as I spoke to the panel because I did not speak their language. Recalling the medical terms was difficult. The panel members talked about alpha-galactosidase A (the faulty enzyme that causes Fabry disease), globotriaosylceramide (the primary lipid that accumulates in our bodies), podocytes (a type of cell in the kidneys that can incur irreversible damage if not treated early), and other cell types and disease manifestations that are common in the language of Fabry disease.

At one point my mind went blank. When I commented on the lipid accumulation in my body, I could not think of the medical terms globotriaosylceramide, glycosphingolipid, glycolipid, GL3, Gb3, or even lipid, the many terms used to describe this fatty substance. I could only say that I wanted treatment to give me a chance to clear some of the damaging “gunk” from my body. Jerry holds a copy of the educational Fabry disease symptoms presentation he developed in 2011. (Courtesy of Jerry Walter)

To maintain the best health possible, most people will benefit from using some of the many resources available, such as live and recorded webinars, scientific articles, news articles, and written educational materials to better manage their health.

What I’ve learned about Fabry disease hasn’t waned as much over time as other foreign languages I have studied. In my work with the National Fabry Disease Foundation and in my personal life, I speak the language of Fabry disease every day.

This struck home. While I don't have Fabry, I do have other medical issues that can be lost in medical jargon when the doctors speak with each other. Congrats on having the determination to grasp these complex terms and issues!

Dear Diane, yes, I agree. We all have to learn the languages of our respective conditions. We are not alone. Thank you for your comments and for being so supportive. Best wishes, Jerry 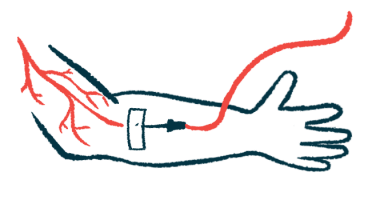 An Early Start With Fabrazyme Might be Better for Fabry Patients 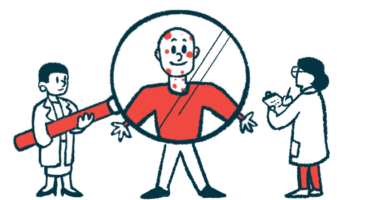