The gene therapy candidate FLT190 — designed to increase blood levels of the enzyme alpha-GAL A, which is affected in Fabry disease — has been granted orphan drug designation by the European Commission, the therapy’s developer, Freeline, has announced.

The decision, based on a positive opinion from the Committee for Orphan Medicinal Products of the European Medicines Agency, will provide regulatory and financial incentives for the company to develop and market the therapy, and is typically granted to medicines to treat or prevent life-threatening or rare chronic diseases.

“We believe FLT190 has the potential to be a one-time therapy to halt the progression and address many of the serious symptoms of Fabry disease,” Chris Hollowood, PhD, chairman of Freeline, said in a press release.

“Receiving orphan drug designation from the European Commission signifies our continued progress and commitment as we develop FLT190 as a potential one-time treatment for patients with Fabry disease,” he added.

FLT190 is a single-injection gene therapy that uses a harmless liver-directed virus called an adeno-associated virus (AAV) to deliver a healthy copy of the GLA gene, which provides instructions to make an enzyme called alpha-galactosidase A (alpha-GAL A). In people with Fabry disease, this gene is mutated, resulting in the build-up of fatty molecules known as globotriaosylceramide (Gb3) and globotriaosylsphingosine (LysoGb3) that can damage the heart, liver, or kidneys.

In contrast to regular infusions of enzyme replacement therapy, FLT190 is designed to be given in a single dose to restore the production of normal alpha-GAL A.

The therapy is being evaluated in an international, dose-escalating Phase 1/2 trial in up to 15 adult males with classic Fabry disease. The study, called MARVEL1 (NCT04040049), is currently recruiting at different sites in Europe. More information can be found here.

The primary focus of the study is FLT190’s safety as well as its ability to trigger liver cells to produce sustained high levels of alpha-GAL A.

Study endpoints include the clearance of Gb3 and LysoGb3 from the blood and urine, alterations in kidney and skin biopsies, kidney and heart function, alpha-GAL A immune response, viral shedding, and quality of life.

After taking FLT190 via slow intravenous infusion, participants will be monitored for nine months at outpatient visits, and then enter a long-term follow-up period. Both previously treated and untreated patients will be included, although in two separate parts — dose escalation and dose expansion.

Preliminary trial data on the starting dose in the dose-escalation study were presented in February at the 16th annual WORLDSymposium. Infusion of the therapy was well-tolerated and demonstrated a three- to four-fold increase in blood alpha-GLA activity after the first week, which was sustained until data cutoff at week 20.

The trial is estimated to end by December 2021.

The trial is supported by preclinical data in a mouse model in which a single injection of FLT190 led to sustained production of alpha-Gal A levels that were more than a 1,000-fold higher than in healthy controls. Both Gb3 and LysoGb3 levels were markedly reduced in the heart, kidney, and spleen. No adverse side effects were found.

In addition to FLT190 for Fabry disease, Freeline is also conducting a Phase 2/3 trial (NCT03641703) in hemophilia B, testing its AAV-based gene therapy named FLT180a to induce long-term production of the clotting protein factor IX, which is missing in these patients. 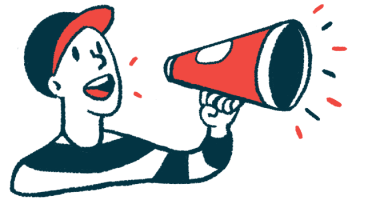